It is a remarkable thing to live in poverty and yet not have a poverty mindset.

Currently listed as the 11th poorest nation in the world1, Madagascar is steeped in centuries of unequivocal hardship. Everywhere you turn, you are faced with poverty. The moment you leave the airport and make the 30-minute drive to the city, there is no escaping the sights, sounds and smells of destitution.

Most days presented a new shock to the uninitiated. From the street beggars with their wares to sell and babies to feed, to the open sewage and shanty-huts of river slums, it was a confronting 10 days for the team.

It wasn’t something we got used to either.

Witnessing the poor every day often took an emotional toll. Team debriefs over dinner each evening were a lifeline. They became a vital tool for us to process what we saw and felt during the course of any given day. A safe space to dialogue and empathise, reconcile and reflect.

Still, amongst the people, there is hope.

It was a common thread in our group conversations. Amidst the lack and labour, there was an unmistakable joy and underlining optimism, that seemed to give people the power to endure. Within the communities we engaged with, men, women and children were all simultaneously embracing their current realities and pressing forward to the next day.

Key factors in fuelling that hope were gratitude and contentment. The Malagasy were brimming with both. Circumstances were far from what they wished for, and the daily grind of simply surviving, a heavy burden. Even so, their gratitude for life, and contentment in life was nothing short of inspiring.

Firsthand, we saw them do so much with so little and repeatedly be open-handed and open-hearted. Generosity was common place as was warmth, encouragement and positivity. Things were done with a heart of excellence, whether it was making one of us a cup of tea or presenting an item at a celebration. Poverty, it seemed, had not crippled them.

The Malagasy we encountered may be labelled poor in position and possessions by most of the world, but no one can say they are poor in spirit. Hope lives on in thick of the hardship. 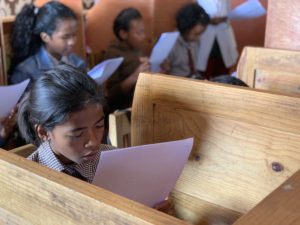 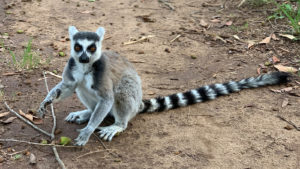 Mention that you’re traveling to Madagascar and without fail, you’ll be asked, “Are you going to see King Julian?” Every time. For those in the

July 19, 2020
Project Madagascar is a committee of Civic Aid and Development (CH3138) which is a registered Charity for the purpose of the collection of funds from the public in Queensland.